Anyone who lives in, visits, or travels through the areas where the fungus grows in the soil (these areas are called endemic) may acquire Valley Fever.

There is no evidence indicating any particular group of people is more or less likely to acquire Valley Fever.

The chance of infection is approximately three percent per year.

There is no prevention or vaccine at this time.

Avoiding activities associated with dust and airborne dirt of native desert soil is recommended, but it is not a certain means of prevention, as the dust may or may not contain coccidioides spores.

People working in certain occupations such as construction, excavation, agricultural work, archaeological digging, or pursuing activities like biking or driving ATVs which disturb soil in endemic areas, may have an increased risk of exposure and disease. Earthquakes that have occurred in endemic areas of California have also resulted in increased cases of Valley Fever. 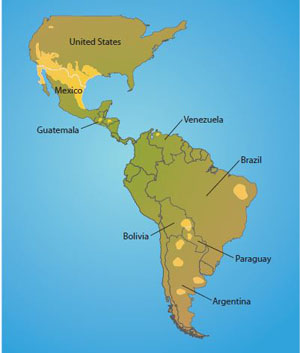 Around 4 million people live in areas where the Valley Fever fungus is prevalent in the soil.

About 80% of these people live in southern Arizona (Phoenix and Tucson). Among those who have never had Valley Fever, the chance of infection is about 3% per year, but the longer one resides in an endemic area, the greater the risk.

Others at increased risk of disseminated disease are those persons with immune system deficiencies.

In endemic areas of the southwestern U.S., Valley Fever is one of the most frequent opportunistic infections among HIV-infected patients. Patients who are immuno-compromised due to organ transplants, Hodgkin's disease, pregnancy (3rd trimester), or chronic corticosteroid therapy also have an increased risk of developing disseminated disease.